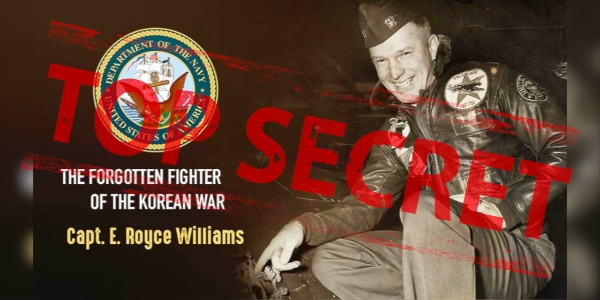 After 50 Years of Silence, Korean War Pilot Shares His Top-Secret Mission
Update Required To play the media you will need to either update your browser to a recent version or update your Flash plugin.

Between the Korean and the Vietnam Wars, U.S. Navy Captain Royce Williams flew over 220 missions. The following story was classified as Top Secret, and for more than 50 years Captain Williams didn’t tell a soul—not even his wife. Nobody knew what this 27-year-old South Dakotan did that day over the skies of Korea—until now.