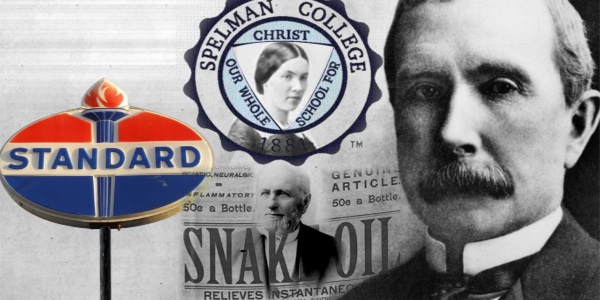 The Story John D. Rockefeller: Son of Snake Oil Salesman "Devil Bill" and a Pious Christian Mother (b 1839)
Update Required To play the media you will need to either update your browser to a recent version or update your Flash plugin.

John D. Rockefeller feared the temptations of wealth, yet a visitor once described his estate as the place God would have built…if only He’d had the money. This often demonized, so-called Robber Barron reshaped America, creating an industry centered around the world’s most important resource: oil. He was born on this day in 1839.