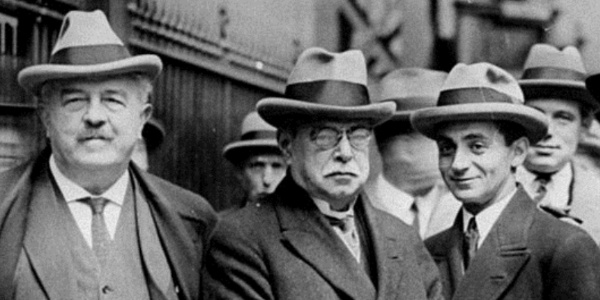 John Philip Sousa: EVERY American Knows His Music (b. 1854)
Update Required To play the media you will need to either update your browser to a recent version or update your Flash plugin.

John Philip Sousa: EVERY American Knows His Music (b. 1854)

He's composed music and marches that are our American melodies. From the pride-stirring matches of "Stars and Stripes Forever" to ceremonial solos of "Taps," Sousa has earned the status of American icon. [Photo L-R: Victor Herbert, John Philip Sousa, Irving Berlin]