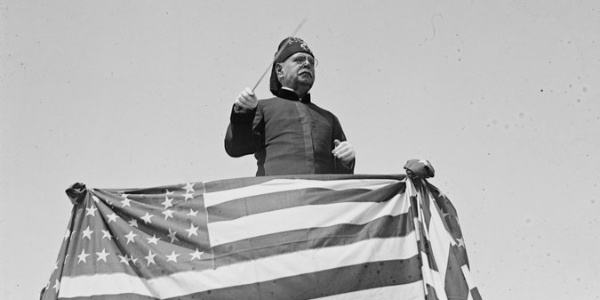 His Music Is Written On Your Heart: John Philip Sousa
Update Required To play the media you will need to either update your browser to a recent version or update your Flash plugin.

His Music Is Written On Your Heart: John Philip Sousa

He's composed music and marches that are our American melodies. From the pride-stirring matches of "Stars and Stripes Forever" to ceremonial solos of "Taps," Sousa has earned the status of American icon. On this day in history, John Philips Sousa died in 1932.