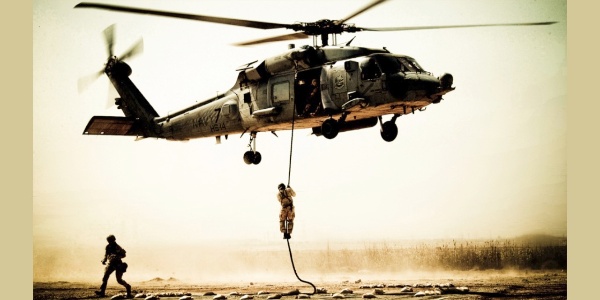 “I Shall Not Fail Those With Whom I Serve”
Update Required To play the media you will need to either update your browser to a recent version or update your Flash plugin.

“I Shall Not Fail Those With Whom I Serve”

Somalia, 1993: Delta snipers MSG Gary Gordon and SFC Randy Shughart were killed in action defending a downed American flight crew against an angry mob. Hear the letter that Gordon’s widow Carmen wrote to their children, then aged 6 and 3, about why daddy’s hard choice was the right choice.