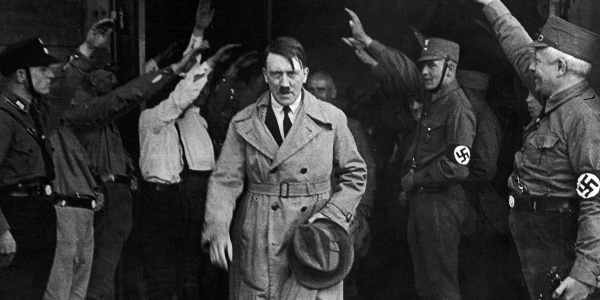 The Story of Adolf Hitler: How Pure Evil Obtained Absolute Power
Update Required To play the media you will need to either update your browser to a recent version or update your Flash plugin.

How did it happen that an ancient and cultured people steeped in Christianity and the arts and sciences…preeminent in modern technology, collapse into savage barbarism in the 20th century? This is the story of how Adolf Hitler gained absolute power in Germany. On this day in 1945, Hitler descended into his bunker.